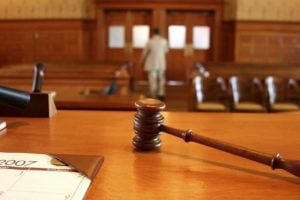 In Arizona, there are two basic means of challenging your conviction: Appeal and Post Conviction Relief (PCR). Each is governed by its own set of rules and limitations. And, in this brief article, there is no way possible to summarize the scope and challenges of what needs to be done. However, hopefully, the following information will be helpful in pointing you to your next step.

What is the difference between a direct appeal and a petition for post-conviction relief?

Primary issues raised in a PCR?

There may be many bases to file a PCR. However, in most cases, there are three issues that regularly appear in PCRs. One is newly discovered evidence. But this needs to be evidence that was not known or could not have been known at the time of trial. Two is that occasionally, the courts may change their minds about a legal issue. If that happens, a defendant who was subjected to the old rule can now seek relief. Three is probably the most common issue: ineffective assistance of counsel. This means that the defense lawyer made a mistake that affected, or probably affected, the outcome of the trial.

Two important things to remember about a PCR?

First, there is a true brick wall that must be decimated before the trial court will admit an error and set aside a conviction or sentence. Second, a harmless error often prevails. If a harmless error is found, you win the battle (get a hearing, or even a ruling agreeing with your argument) but you lose the war. A finding of harmless error means the court finds error occurred, but it would not have affected the outcome. Simply stated, it is the equivalent of “no harm, no foul.” If the error is harmless and the result would not have been different, then the trial court will not grant any relief.

When does the PCR process start?

It may start anytime after conviction from trial. So, it may even begin while a direct appeal is still pending. A PCR must start, as a general rule, within 30 days after any appellate mandate or sentencing following a guilty plea.

How does the PCR process start?

It begins by the filing of a notice of post-conviction relief. Like an appeal, you should also file a designation of record and request the transcripts be produced.

Does the original judge hear the PCR?

Normally, yes. The court may hear the case or assign it to another judge.

What happens after the petition is filed?

The trial court may reject the claims in the petition with or without a hearing. If there is a hearing, then there might be additional evidence presented. Once the trial court makes its ruling, then the procedure is pretty much like the one for a direct appeal: the losing party may ask the Court of Appeals to review the case, and then, if necessary, the Arizona Supreme Court.

What can the trial judge do in a PCR?

Similar to an appeal, if relief is granted, it could include a new trial, a partial rehearing, and decision on some issues, or, affirming the conviction. And, as noted in an appeal, dismissals are rarely granted as relief.

The post-conviction relief process is complicated. As an experienced trial attorney, I know many of the pitfalls and errors that will need to be addressed when reviewing a case for an appeal.

Having already lost once, obtaining an objective review of your file and an experienced analysis of your chances on appeal, you need to have an experienced attorney fighting for you.

If you are considering filing an appeal or PCR, please contact me, Howard Snader. I am a Board Certified Criminal Law Specialist. If you or anyone you know has been accused of any felony or misdemeanor, please call me for your free case review.