What to Expect at a Felony Jury Trial 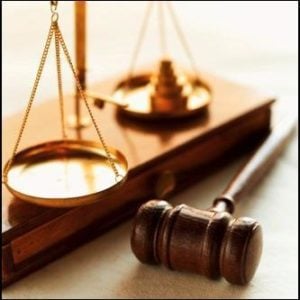 In a felony jury trial, the first notable event on trial day is the selection of the jury. In Arizona, criminal juries consist of twelve people for capital cases and charges where the defendant faces thirty years in prison. All other felony cases are heard before an eight-person jury, unless a bench trial is conducted. (See Arizona General Statute 21-102 concerning jury size at www.azleg.gov.) The judge can question the prospective jurors. The defense attorney and the prosecution can also pose questions to prospective jurors. This process is called voir dire. The purpose is to find jurors that the parties think will be fair. If a juror is found to be so biased or unsuitable for duty that the juror could not deliver a fair verdict, the juror can be excused for cause. The defense attorney or the district attorney can make a motion to excuse a juror for cause. A judge can also excuse a juror on his or her own volition. In a motion to excuse a juror for cause, the judge makes the final decision.

Peremptory challenges are important. People interpret what they hear and see based on their experiences. Some people view the police as civil servants who keep the community safe. Others view police officers as individuals who abuse their authority. In addition, a person’s level of education, job, and the community in which he or she lives, shapes the person’s values and perception of the world. An experienced attorney knows certain traits indicate a juror is apt to be more or less sympathetic to the defendant or the state. Peremptory challenges permit both sides to dismiss jurors who they think will not be fair without having to convince the judge that the juror is unsuitable.

After both sides have finished presenting their evidence, they will make closing arguments. In closing arguments, the attorneys will review the evidence used in the felony jury trial. The defense attorney will argue the evidence is insufficient for a conviction, and the defendant should be acquitted. The district attorney, of course, will try to convince the jury the defendant should be found guilty.

After closing statements, the judge will explain the law that applies to the case to the jury. The jury will then leave the courtroom and deliberate in private. After deliberating, the jury will return with a verdict. Typically, that will be a not guilty or guilty verdict. In some instances, the jury cannot reach a decision because the jury members cannot agree on a verdict (a hung jury).

Howard Snader knows what it takes to win at a felony jury trial: preparation to deal with the expected and experience to deal with the unexpected.  A trial is not just another day at the office.  Howard Snader understands you have a lot on the line, and he will fight for you. Call us today.