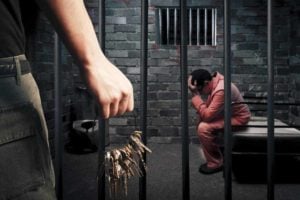 When one person deprives another of life, a homicide has occurred. The most basic of all human rights is the right to life. Thus, Arizona reserves the harshest penalties for those who kill. Some people use the terms “homicide” and “murder” interchangeably. Your Phoenix homicide attorney can tell you that from a legal standpoint, however, their meanings are not synonymous. All murders are homicides, but not all homicides are murder, which implies killing with intention and without justification. The term “homicide” includes first degree murder, second degree murder, manslaughter, and negligent homicide.

In 2012, a murder, the most serious type of homicide, occurred in Arizona on the average of nearly once per day. Phoenix alone reported 127 murders that year.

The type of homicide charges a defendant will face is determined primarily by the accused’s intention.

This is deliberate and premeditated. If you are convicted of first-degree murder, you could receive the death penalty or spend the remainder of your life in prison.

This is intentionally or knowingly causing the death of another person, without premeditation. In Arizona, the State may charge a defendant with second-degree murder when the death occurred as a result of extreme recklessness. This consequently makes it possible to face a murder conviction if you kill someone in a DUI accident in which your blood alcohol content is extremely high.

If the victim was under the age of 15 or an unborn child (excluding an elective abortion), or if you have two or more prior convictions of serious offenses, the court could sentence you to life in prison, with the possibility of parole after 25 years.

This is a less serious charge that can be used in various situations where someone is killed, but which does not meet the statutory definition of murder. Manslaughter is typically charged if you can be proven to have recklessly caused the death of another person, as in a motor vehicle accident, or if you committed second-degree murder in a crime of passion or caused the death of an unborn child. A manslaughter charge does not require that you specifically intended to kill the person, except where the killing occurred as a crime of passion. If you are facing a manslaughter conviction in Arizona, you could spend 5 to 10 years in prison, or with enhancements, as long as 12.5 years.

The court can charge you with this if you have committed an act of criminal negligence that caused the death of another person or an unborn child, even though that was not your intention. The prosecution will only need to show that you acted with extreme negligence or recklessness, which led to the victim’s death. A conviction can send you to prison for as long as three years.

The Need for the Right Homicide Attorney

Facing a homicide conviction is a terrifying prospect because the penalties are so grave. Homicide cases can become extremely complicated. The specific degree of conviction hinges on the prosecution’s ability to prove whether there was intention or premeditation. Conversely, it can hinge on whether the act that resulted in the death meets the legal definition of recklessness. Although some defendants accept the services of a Public Defender for a homicide charge, this is usually a mistake. With the prospect of many years of incarceration, and in some cases the death penalty as a distinct possibility, you need a homicide attorney with the time, skill, and experience to focus on your defense, designing a viable strategy to protect your life, freedom, and future.

There is a long road from a charge to a conviction. Therefore, having the best available homicide attorney can help you negotiate that road so as to achieve the best available outcome in your situation. This is true whether it is a dismissal or reduction of your homicide charges or a full acquittal at a jury trial.

There are several possible defenses to a homicide charge. Your homicide attorney will investigate your specific situation and work out the best strategy for the specific set of facts. For example:

If you are facing any type of Arizona homicide charges, you need a top-level homicide attorney with a proven record of successful representation of other defendants in homicide cases. In the Phoenix/Scottsdale area, your best choice is to call the law offices of Howard A. Snader, LLC. Howard is a former prosecutor and an Arizona Bar Board Certified Criminal Defense Specialist since 1995. He boasts the highest available AVVO rating, a perfect 10/10, placing him at the top of his profession. He handles only criminal defense matters, and his level of expertise is hard to match. Don’t take a chance on your future. Howard Snader has the credentials, skill, and passion to protect your rights, your interests, and your future. Call him immediately if law enforcement arrested or question you. In addition, don’t talk to the police until he is by your side.

What to Say to a Phoenix Criminal Court Judge