What To Do After Being Pulled Over for a DUI 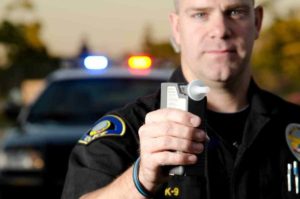 Your client was heading home after getting together with co-workers for a couple of drinks. Next thing they know, they see the red and blue lights of the police cruiser in their rearview mirror. After saying, “Oh @#@#,” trying to gain their composure, saying a prayer to the almighty and crossing their fingers, they give you a call. When you don’t have much experience in DUI cases, there are a few basic pieces of advice you can provide your client.

Scenario #1: Client is calling as they are being stopped by the police

Hopefully, they have stopped their vehicle. If they have not, have them pull over, put on their dome light, turn off the ignition and wait for the officer to approach. If possible, you want to remain on the phone, but in most cases, the officer will order them to get off the phone. If the officer wants your client to get off the phone, do not turn the call off. Rather, have your client put the phone down. You will be able to hear what is happening. Please note, this might make you a witness. But your first concern is to protect your client. Deal with the evidence issues later.

If the officer wants to make an arrest, he will do so without your client’s statements. In 23 years and thousands of cases, I am only aware of a handful of people who have convinced an officer to not make an arrest. Never lie to an officer, but they do not need to answer any questions other than the basic information that is already on their driver’s license.

Scenario #2: Client calls after performing the field tests and being arrested for the DUI, but before providing an alcohol test via breath or blood.

When the client calls at this point, the two questions asked are whether they should take the blood or breath test and what will happen next.

Consent or Not Consent?

In Arizona, a driver is required to provide a sample of his breath, blood, and/or urine at the officer’s request. The officer is permitted to make multiple requests. If your client refuses, they will be subject to a one-year suspension of their driving privileges. If they submit to the test, and the subsequent BAC (blood alcohol concentration) is over 0.08, they will face a 90-day suspension. They may be eligible for a restricted license after the first 30 days of the suspension.

Generally, if this is their first DUI, I highly recommend taking any test the officer requests. If they refuse his request(s), they will lose their driving privileges for one year. Worse, the officer will then obtain a search warrant and still obtain your client’s sample. The bottom line is that the officer will obtain an alcohol sample. The only issue is whether your client receives a 90-day suspension if they are over a 0.08 or a one-year suspension if they refuse.

I would recommend refusing the test if they have a prior DUI or reckless driving in the past seven years, or are currently suspended or revoked. As noted above, if they refuse the officer’s request for an alcohol test, they will be suspended for one year. But, if they have a prior DUI, they will be facing a one-year revocation if subsequently convicted of a second DUI. Worse, if they are driving suspended, they would be facing felony charges for an Aggravated DUI. In those circumstances, I recommend making the officer do the extra work and obtain a warrant. By forcing him to obtain a warrant, you create more steps in the process and hopefully create potential issues that may be developed in your client’s defense.

What will happen next?

In most routine DUI cases, the officers will complete their alcohol tests and subsequently release your client. Upon their release, they may issue a citation. Several law enforcement agencies may not issue a complaint until the alcohol results are obtained from the lab.

If detained, your client will be brought before a judge within 24 hours. The judge will determine release conditions and set their next court dates. Those dates may be vacated if the lab results are not available. You will need to follow up with the appropriate courts and prosecutors.

Your client’s privilege to drive may be suspended (90 days or 1 year) beginning the 15th day following their arrest. The suspension may be delayed if the request for a hearing with MVD is received by the 15th day. If you are unsure whether the officers issued seized your client’s license or otherwise issued the Admin Per Se paperwork to begin the suspension process, you need to timely file a hearing request with MVD.

Scenario #3: You are contacted after the DUI and with court dates set

At this point, the state’s DUI investigation is complete. Your obligation is now to interview the officers, review the evidence, file the appropriate motions and zealously represent your client in the court proceedings.

Generally, a first or second conviction for DUI is a misdemeanor. But, the mandatory sanctions including jail, fines, counseling, ignition interlock, and the suspension of their driving privileges make the seriousness of this misdemeanor substantially harsh. And the sanctions continue to become more severe. As of April 2013, the interlock laws were changed. In the past, your client could receive an employer’s exception to the interlock. Now, if your client drives an employer’s vehicle, the employer will need to have an interlock device installed.

The DUI laws are serious. Hopefully, this article will provide a quick checklist for you should a client call needing an immediate answer to consenting to the alcohol tests.

Should you have any questions, don’t hesitate to contact me, Phoenix DUI attorney, Howard Snader.