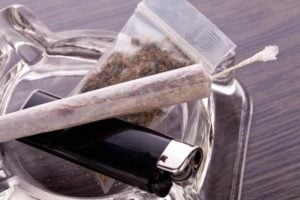 “Simple possession” is a charge involving possession for personal use, as compared with possession for the purpose of sale or manufacture. Everyone knows that a drug and a paraphernalia charge have consequences, but many times knowing exactly what those consequences will be is very difficult. Possessing a controlled dangerous or narcotic substance, or the paraphernalia used to contain or to be used in making the substance, can lead to criminal charges.

Who Determines the Paraphernalia Charge?

Possession of drug paraphernalia is prohibited under Arizona law, which states that it’s illegal to possess anything that allows you to use, prepare, plant, or do other things related to drugs. Under Arizona law, the possession of drug paraphernalia is considered a class 6 felony. And the prosecutor, and possibly the court, does have the discretion to reduce the offense to a misdemeanor.

Exactly what charges you’ll face depends somewhat on where you’re charged. If you’re charged in the county court system, it’s likely to be filed as a felony, but a municipal court is more likely to file the case as a misdemeanor.

Penalties for First-Time Offenders on a Possession or Paraphernalia Charge

Arizona law prescribes non-jail penalties for first-time, nonviolent drug offenders. However, if there are additional charges or aggravating factors involved, including violence, even a first-time drug offender may receive jail time. An initial jail term is also possible if the person has 3 prior drug-related convictions (misdemeanor or felony), has refused drug treatment or refused probation.

In many jurisdictions, when facing your first criminal case for a drug charge, prosecutors will provide you an opportunity to attend a counseling program. And, if completed successfully, the criminal case will be dismissed. When provided the opportunity to enter the program, you need to understand that it means a case was likely filed. And, if completed and dismissed, you will have no criminal conviction record. But the fact the case was charged and subsequently dismissed will be in the public record.

In addition, in many cases to enter diversion, the prosecutor requires you to enter a plea agreement. By entering the plea agreement, it means you have admitted guilt. Counseling programs will not permit you to enter a program unless you can formally acknowledge you have committed the offense. Their position is if you can’t admit the problem, then counseling will not do you any good.

But, when you make the admission, it can also have a collateral effect in family court/custody and visitation, immigration and employment issues. So, even when offered the opportunity to enter diversion, make sure you understand the consequences of your decision. Penalties for Multiple Offenses on Simple Drug and Paraphernalia Charges

Most of the time, drug charges in Arizona involve more than one offense. For instance, a simple paraphernalia charge may be combined with a drug possession charge, a transportation of controlled substances charge, and an eluding police charge.  If driving a vehicle, you can also be charged with a DUI.

When determining the penalties of being convicted of multiple charges in the same incident, Arizona provides a comprehensive scheme based on whether it is the first, second, or third and higher offense, whether the quantity of drugs exceeds the statutory threshold amount. In some instances, the penalties can require mandatory prison.

Simple drug possession and drug paraphernalia charges in Arizona are serious. It’s critical to have an experienced Arizona criminal defense lawyer. When it comes protecting your rights, fighting for your freedom, and preserving your reputation, having a Board Certified Expert fighting for you is your best defense. If you or a family member is facing criminal charges, don’t enter the fight alone. Call today for a free case evaluation.