“Sexual abuse” is a crime in Arizona. Arizona Revised Statutes Section 13-1404 provides that a person 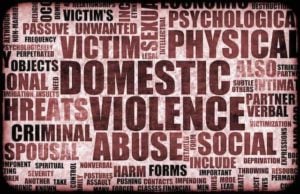 Under Arizona Revised Statutes Section 13-1404, sexual abuse is defined as the act of intentionally or knowingly engaging in sexual contact with any person over the age of 15 without their consent, or with any person who is under the age of 15 when the sexual contact only involves the female breasts. If you are charged with sexual abuse, you could face penalties for a class 5 felony; however, if the victim is under the age of 15, the charges would be elevated to a class 3 felony.

The penalties for sexual abuse in Arizona include:

An effective defense strategy used by Phoenix criminal lawyers is to attack the adequacy of the state’s evidence.  To convict a person of the crime of sexual abuse, the state needs to prove each of these elements beyond a reasonable doubt:

Failure to prove even one element should result in dismissal or acquittal.

Each of these elements has a special meaning under the law that is not cut and dried.  Evidence of sexual abuse can be ambiguous allowing a skilled sex crimes lawyer to cast it in a light favorable to the defendant.

The State must prove that “sexual contact” occurred. Sexual contact includes touching, whether direct or indirect, fondling, or manipulating of the genitals, female breast, or anus, by any part of the offender’s body, by an object, or by another person caused by the offender to engage in the contact. A jury often must examine all of the evidence to determine if the state has carried its burden in proving that sexual abuse occurred. The issue can be especially difficult to prove when the state alleges that the sexual contact is indirect.

In one case, the Arizona courts found that sufficient evidence existed of indirect touching to support a conviction when the State supplied evidence that the defendant “humped” a victim by rubbing his genitals against her. In that case, both the victim and the defendant were fully clothed at the time of the incident. The victim testified that she did not feel the defendant’s penis, but that she felt his crotch or genital area touching her butt and moving against it.

For example, if a person reaches out and touches an adult female’s breast, the person knows that he is committing the conduct which the statute prohibits – touching of a female breast. On the other hand, if a person stepped backwards in a large crowd and inadvertently made contact with a female breast, the person would not have knowingly touched the breast. Importantly, “knowingly” does not require any knowledge that the act or omission is unlawful. This means that ignorance of the law is not a defense. For example, a defendant’s claim that he or she did not know that a statute made it unlawful to touch a female’s breast without consent would not constitute a lawful defense.

To earn a conviction on a charge of sexual abuse, the State must prove not only that the accused engaged in sexual contact with a person, but must also prove that the sexual contact was without the consent of that person. Arizona law provides that an act occurs “without consent” in any of the following situations:

When Is A Victim Incapable of Consent?

Arizona Revised Statute 13-1401(A)(7)(b) provides a non-exhaustive list of circumstances that might prove a victim’s incapability to provide consent, including: mental disorder; mental defect; drugs; alcohol; and sleep or other similar impairment of cognition. The statute also provides that a “mental defect” exists when the victim cannot “comprehend the distinctively sexual nature of the conduct, or is incapable of understanding or exercising the right to refuse to engage in the conduct with another.” Whether or not a person possessed the capacity to provide consent is usually a jury question. The jury must consider the alleged victim’s capacity to consent in the context of all the surrounding circumstances.

However, the courts recognize that there is a wide range of potential mental impairment, and many people with mental limitations are still capable of providing consent to sexual contact. Experienced sexual abuse lawyers know how to gather evidence, and to retain one or more expert witnesses, when appropriate, to support a defendant’s defense of consent.

When an accused is prosecuted for sexual abuse against a person who was fifteen, sixteen, or seventeen years of age at the time of the alleged commission of the offense, lack of consent is not a defense if the accused was in a position of trust. Arizona law defines “position of trust” to include any of the following relationships, past or present, by the accused to the alleged victim:

The crime of sexual abuse, when committed against a person fifteen years of age or older, is a class 5 felony and conviction can result in sentences including incarceration, fines, probation, and community service.

Penalties for conviction of sexual abuse are harsher if the crime is committed against a victim younger than 15 years of age. If the state proves that the victim was 14 years of age or younger at the time of the commission of the offense, the crime is classified as a class 3 felony and punishable under a special statute for dangerous crimes against children. Additionally, the crime of sexual abuse applies to victims under the age of 15 only for the touching of the female breast. Other types of sexual contact involving victims under 15 constitute molestation of a child under a separate statutory provision.

If you or a loved one is facing prosecution for a sex crime or other serious offense, call Phoenix Sexual Abuse Defense Attorney, Howard A. Snader.