Several things can constitute a criminal offense. It may involve someone who threatens to injure another or someone who carries out multiple kidnappings. The range is broad. It may include wounding, punching, strangulation, stalking, harassment, touching, sexual assault, assault with a deadly weapon, or anything that causes serious physical harm.

The most common criminal charges in Arizona include burglary, armed robbery, use of firearms or deadly weapons, homicide, manslaughter, and arson. Under relevant statutes and criminal law, these are generally classified as dangerous criminal offenses.

If you are accused of any of the above, contact a defense attorney from a reliable law firm as early as possible. He or she will defend and help you avoid would very serious consequences, especially if: 1) you are accused of assaulting another, and 2) the charge may be aggravated. 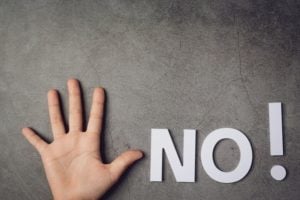 Under assault laws, several factors could raise an assault into aggravated assault charges. Charges of assault could be aggravated depending on circumstances such as

These are closely related to aggravating factors, which are crucial in sentencing, and should therefore be avoided.

A person convicted of a crime of assault is often sentenced to fines. Such is also punishable with imprisonment (sometimes without any option for parole, depending on the conviction).

These criminal charges may involve a misdemeanor or a felony charge (first degree, second degree, or third-degree), depending on the circumstance of the criminal case filed. The age and identity of the victim may also aggravate the assault charge. If, for example, a police officer, peace officer, firefighter, or law enforcement officer has been assaulted, such assault cases may be aggravated. The injury inflicted on the alleged victim and the criminal record of the defendant may also factor in.

While there are statutes for possible defenses, its use depends on the actual criminal case filed. As such, getting the services of a credible criminal defense attorney is crucial in dealing with the allegations (and eventually avoiding penalties, jail time, or other forms of punishment). Below are possible defense strategies that may be useful in aggravated assault cases:

Prosecutors must prove that an accused offender has the mental capacity of knowingly, recklessly, or purposely committing actions that lead to great bodily harm:

If it can be proven that you lack these mental capacities, it is possible to reduce the charges against you. A good defense lawyer could also help convince the prosecution that you are not guilty and must not be sentenced at all. Seek legal help from the experts. Contact us at The Law Office of Howard A. Snader, LLC for a free consultation.