What Is a Field Sobriety Test? 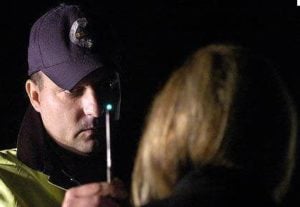 Other non-standardized tests involve counting, number/letter recitation, and dexterity testing. If you fail a field sobriety test, the officer may request a breathalyzer test or arrest you for suspected DUI in Phoenix.

Do I Have to Perform Field Sobriety Tests in Arizona?

Many people mistakenly believe they must perform field sobriety tests. While Arizona has an implied consent law, it only applies to chemical testing performed after an arrest for a suspected DUI in Phoenix. Once you are arrested, a refusal to undergo a breathalyzer or blood test does have very serious penalties, such as the suspension of your driver’s license.

However, implied consent laws simply do not apply to a field sobriety test. You can politely refuse to participate or refuse to answer questions if you are pulled over. If you refuse a field sobriety test, the state cannot use the subjective results of the test as circumstantial evidence in court. However, the officer may still arrest you if there is probable cause for intoxication, such as slurred speech or the smell of alcohol.

Many people cannot successfully pass a field sobriety test while sober. For example, you may have balance or gait issues that impair your ability to pass the “walk and turn” or “one leg stand” tests. And, these tests can be difficult to complete in the dark while on the side of the road with traffic whizzing by you. Do not panic if you fail a field sobriety test. A skilled Phoenix DUI defense attorney can help you dispute and minimize this evidence. Arizona DUI defense lawyers understand that field sobriety tests are:

Depending on your circumstances, there may be strong evidence that your field sobriety test “scores” are inaccurate, misleading, and should, therefore, be disregarded.

Phoenix DUI Defense lawyers frequently challenge negative results from field sobriety tests. If you are facing DUI charges in Arizona, you should consult with a lawyer as soon as possible. An experienced Phoenix DUI Defense Lawyer can help you understand your constitutional rights and formulate strong defenses. The Law Office of Howard A. Snader specializes in criminal defense and will use Mr. Snader’s extensive experience as a prosecutor to fight for you. Contact us for a confidential evaluation.