What You Should Know About False Confessions 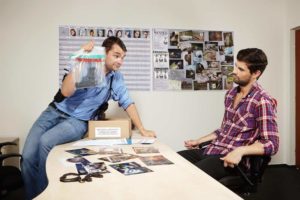 Why were you speaking with the police in the first place? You rarely (I mean winning the lottery rare) will convince an officer of your innocence. If you ask any attorney, the first things they say are “DON’T TALK TO POLICE” and “DON’T CONSENT TO A SEARCH.” Yet the majority of people they contact eventually make statements and grant permission to conduct a search, which can be turned into a false confessions.

At some level, every officer has training to engage and solicit information from you. They are trained to extract that one statement that can be twisted, turned and spun to hammer one more nail into your guilty coffin.

In many cases, officers are trained in the “Reid Technique.” It is specifically designed to play on human nature and obtain statements.

In the movie Wargames, the Whopper Computer comes to the conclusion that the only way to win the tactical nuclear war was to not play the game. Criminal Defense is a wargame. In most cases, the only way to win and walk away free is to not play the game. Unfortunately, most of my clients have neither seen the movie nor understood how quickly their life can change by playing nice and speaking with the police.

As a simple example: In a DUI case, the police report contains a checkbox for the officer to note if the person was cooperative. The officer considers you cooperative if you answer their questions.

My client may be polite, caused no problems, and went through the process with no issues. But, the single fact he elected to invoke his right to counsel and not answer any question makes him uncooperative in the officer’s mind.

When I unwind the officer’s opinion about cooperation, the jury is normally looking at the officer a little differently. My job is to show the jury the unreasonableness of the investigation and the bias in their findings. Imagine… invoking your right to remain silent equals being uncooperative.

So you are damned as uncooperative if you don’t play the game, and most often screwed if you do play their game.

The officers will make you comfortable, the will obtain your background info, family history, talk about the local sports team. Once they have you talking, they will tell you that some things like:

“We need your help to understand some things…”

“We were told or found these facts, we know you were there, can you fill in the pieces for us…”

They will flat out ask you if you have any explanations for how the crime was or could be committed. They may suggest that they can help obtain a more lenient sentence, or telling them the information will help the family understand. It is human nature human nature to help others. They are asking for your help and you have the fight the urge to give them any information.

Real Life Examples of Down the Rabbit Hole…

I have had one client “confess” to molestation charges. When you read the transcript, he clearly acknowledges his guilty conduct on three different occasions. Thank the heavens that his statement was recorded. When you watched the interrogation, his “confessions” were akin to Ralph Maccio’s response in “My Cousin Vinny” where he “admits” that he shot the clerk when he meant that he stole the tuna. My client actually did make admissions, but they were taken out of context in all three occasions. There is a difference between reading a statement and watching/listening to the statement.

I had another client who voluntarily went to the police station to address concerns of a molestation charge. For 90 minutes, he repeatedly denied any wrongdoing. When the bad cop left the room, the worse cop picked up where the first one left off. After another 25 minutes of being berated and being told that he needed to “own up to what he had done,” he had enough and started to leave.

The officer physically blocked the door, told him he “was not under arrest, but that he could not leave” and told him to sit back down. My client sat down and started to repeat facts the officer had told him over the prior 2 hours and then began to fill in gaps when prompted to do so. He was rewarded with “thank you’s” and a polite tone. If he deviated from completing the story, the detective would begin to raise her voice, cuss and threaten. Again, it is fortunate this was all on video. The video showed his only admissions were the result of information that had already been provided to him and his ability to fabricate additional detail to make the officer less threatening.

Although these are both sex crime cases, the bottom line is that opening your mouth can lead to drug searches and arrests, DUI cases being prosecuted, and even if you were involved in a crime, will lead to additional evidence.

In each of these cases, HAD THEY REMAINED SILENT, the prosecutor would have had no confession, no corroborating information, and no case.

Why Innocent People May Confess?

A false confession may arise due to one’s intoxication, ignorance of the law, the threat of a harsh sentence, or completely misunderstanding the situation.

Generally speaking, one will confess if they believe they can obtain a benefit. The benefit may be their belief they will be removed from the stressful situation they are in (get out of jail, get to keep their property, kids won’t be in jeopardy etc…)

It takes a lot of cajones to stand your ground, invoke your right to remain silent and continue to not answer their questions. You will never convince them of your innocence.

Before speaking to police, please schedule your free consultation with Howard Snader. Mr. Snader is a Board Certified Criminal Law Specialist. If you or anyone you know has been accused of any felony or misdemeanor, please call him at (602) 899-1596, email him at [email protected] or visit https://www.snaderlawgroup.com.