How to Fight an Extreme DUI in Arizona 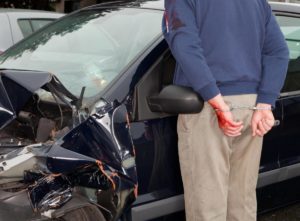 Many people don’t realize that Arizona is unique in its DUI laws. There is a special category of offense called an “extreme DUI” which impacts drivers who are driving with a blood alcohol level of between 0.15% and 0.20%. A measurement of over 0.20% will lead to a charge of a “super extreme DUI”. These higher level charges have even more of a penalty than a regular DUI, and being convicted can lead to jail time. Keep in mind that this measurement can be made anytime within 2 hours of you operating a motor vehicle; it doesn’t have to be at the scene.

Why Are There Levels of DUI in Arizona?

The Centers for Disease Control and Prevention (CDC) has found that different levels of blood alcohol content (BAC) have different impacts. While 0.08% will cause enough impairment to affect driving to the point that it is considered a DUI in all states, a level of 0.15% or above can make a driver especially dangerous. More than half of the drivers involved in fatal crashes in 2012 measured a BAC of 0.15% or higher.

The CDC found that at 0.15%, a person’s actions show far less muscle control than normal, and a major loss of balance. There is a substantial impairment in vehicle control, attention to driving, and processing the visual and audio information required for safe driving. For a 160-lb man, a level of 0.15% would require about seven alcoholic drinks within one hour.

How to Fight an Extreme DUI in Arizona

Being accused of an extreme or super extreme DUI is not the last word in your case. While Arizona does not allow you to plead guilty to a lesser reckless driving charge to avoid a DUI, you have a lot of legal options to fight a DUI charge.

There are a lot of myths surrounding DUIs. Some think that if the BAC isn’t 0.15% or more at the scene, they can’t be charged with an extreme DUI. However, if it measures at or above that mark within 2 hours of you controlling a vehicle, you can be charged.

Finally, do not plead guilty before your case is thoroughly examined by a qualified defense attorney. There are a lot of factors that can impact the admissibility of evidence in your case, including whether the stop was legal, if there was an illegal search issue, improper use of testing equipment, and more. A skilled DUI lawyer can help you avoid a conviction that can have serious consequences financially, professionally, and legally.

If you have questions about an extreme DUI in Arizona, contact us. We’ll be happy to review your case and let you know what your legal options are. Call 602-833-0968 today!