Driving Under the Influence (DUI) 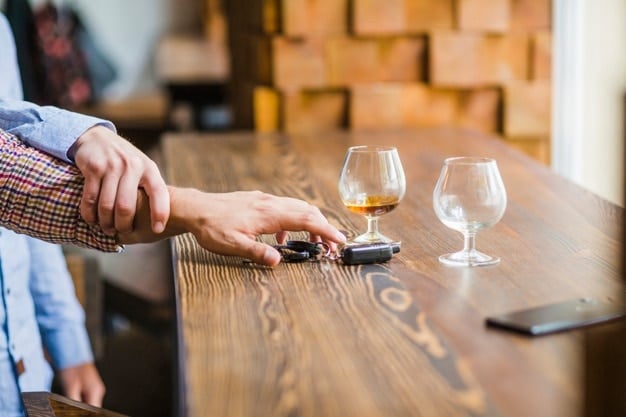 The term Driving Under the Influence is officially used in the State of Arizona. However, the terms DUI and DWI (Driving While Intoxicated) are used interchangeably to mean drunk driving or drugged driving.

Arizona drunk driving laws stipulate that it is illegal for any person to be in actual physical control of any vehicle while under the influence of drugs or alcohol and with a blood alcohol concentration (BAC) of .08% or more for drivers 21 years old and above. However, Arizona laws do not allow drivers below the age of 21 to operate a vehicle with any detectable amount of alcohol in their system. This is called a ‘baby DUI’ charge.

Have you been arrested for DUI? Your best course of action is to have a DUI defense attorney who has the expertise and experience in dealing with such cases and the Arizona court system. The Snader Law Group in Phoenix, Arizona, specializes in criminal defense cases such as DUIs.

Most Arizona DUI arrests start when an officer of the law asks you to pull over if you are suspected of Driving Under the Influence. From here on, the law enforcer will check for signs that you are intoxicated:

The officer will then request you some if not all of the requirements of operating a vehicle in Arizona, such as your driver’s license and proof of insurance and vehicle registration.

If they still suspect you of being a DUI driver, the officer will request you leave the vehicle. This is another test for any signs of intoxication, as impaired drivers mostly struggle to do this.

Field Sobriety Tests are groups of tests utilized by the police to check if one is driving while impaired. The three tasks check out the driver’s balance, coordination, and ability to divide his attention into more than one task.

Should the officer decide to arrest you for DUI, they will restrain you, recite the Miranda rights, and then transport you to the DUI processing site, often the police station, for further questioning.

At this stage, you are within your rights to contact a DUI lawyer.

If you are arrested for DUI, you will be subjected to a chemical test at the station whether or not you took the field sobriety test. Here, the Implied Consent Law will apply. Refusing the driver to undergo the chemical test may lead to the suspension of their driver’s license for a year for the first offense and two years for the second or third offense.

In the Implied Consent Law, getting a driver’s license in Arizona also means that the person allows the State to test for blood alcohol concentration or drug content (BADC) when they are apprehended for driving while under the influence of alcohol or drugs.

The chemical test could involve using a breathalyzer or getting blood or urine samples to measure your blood alcohol concentration or BAC. In Arizona, drivers aged 21 and above should have no more than .08% BAC while drivers below 21 and below must have no more than 0% BAC.

Should you register for a BAC that is higher than the legal limit, your driver’s license will most likely be suspended for 90 days, which is effective 15 days after the notice of suspension. The officer will also check for any priors to determine your DUI charge: a misdemeanor or felony? Depending on your BAC and your prior offenses, the charge could also be an extreme DUI or aggravated DUI.

Whatever type of DUI charge it is, the officer will provide you with a citation and a court date.

Can DUI Charges Be Dismissed?

Even before the actual trial of a DUI case, charges can already be dismissed. Although less common, even the prosecution can dismiss the DUI case, especially if they are aware of the defects of the case. However, the most common reason for a DUI dismissal has aggressive and persuasive Arizona DUI attorneys who have the experience and in-depth knowledge of Arizona laws and procedures.

All DUI charges are unique, and circumstances leading to the DUI charges could be different.

The following are some examples of why a DUI case may be dropped:

Should there be laws and procedures violated, dismissal of the DUI charge is very probable.

Getting a Phoenix, Arizona Lawyer

A criminal defense attorney in Arizona will consider some factors in the DUI case as circumstances are different for every case.

DUI convictions can lead to jail time, penalties, increased insurance premiums, among others. The best DUI lawyers can build a strong defense and convince the prosecution of dismissal and other favorable outcomes.

If you or someone you know is arrested for DUI, contact Snader Law Group immediately for a free consultation.