Accused of Domestic Violence in Phoenix? 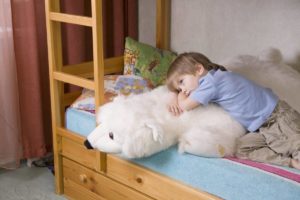 Accused of Domestic Violence in Phoenix?

How Does DV Affect Your Kids?

The impact of domestic violence on your kids can be heartbreaking. It can turn the world upside down for everyone in your family. If you’re in a dispute or a divorce process with your spouse or co-parent, and you are accused of domestic violence, the impacts on your children can also be significant. Your immediate access to your family home will be affected, and your long-term custody and relationship with your children will be at risk.

The Immediate Effects of a Domestic Violence Accusation

Domestic violence accusations are prosecuted zealously around the country, especially in Arizona. There don’t have to be scars or marks for you to get arrested for domestic violence. Arizona only requires the presence of an injury such as a red mark to prove an assault, or a child’s torn drawing to support criminal damage, to proceed with a DV prosecution. Arizona’s laws provide for a variety of accusations that qualify as domestic violence. Some common examples include:

If you are accused of domestic violence, the police will respond promptly. Police are required to arrest an individual where they can see an obvious injury. This is not the old days where police would order you to sleep it off elsewhere. Police are required to remove a supposed domestic abuser from the home, especially if there are children involved. The law does not permit them any exception. If there is an injury, someone is going to jail.

After you are arrested, a protective order will likely be filed that will prevent you from returning to your home even if you don’t remain in jail. Although it’s frustrating, it’s important to respect this order and not go back to your home until charges are resolved. It is a criminal violation if you fail to comply with the order. That would add to the charges to which you were arrested.

The other immediate effect of a domestic violence accusation is that you may lose the support of family and friends. Unfortunately, someone who is accused of domestic violence is often assumed by others to be guilty until proven innocent, rather than the other way around. This, along with legal and custody ramifications, can significantly impact your children.

Children are the Victims of Domestic Violence Too

Your children are innocent bystanders in the drama unfolding between you and your significant other. Unfortunately, they don’t know or understand everything that is going on. As a result, their perspective of you can easily be damaged.

Since the police are zealous about removing someone from the home, even if they are simply accused of domestic violence, you won’t have a chance to explain your point of view to your children. The remaining family members will explain the situation however they choose. If family members are turned against you due to the accusations, the impact can be severe. Unfortunately, if children report to court officials that they do not wish to see you, or that they do not feel safe around you, you are likely to have significantly impacted visitation or custody rights.

If a divorce is in process, domestic violence charges are especially devastating. They can impact your long-term access to your children and prevent you from having a chance to build a positive relationship with them. The presumption is against you in any custody hearing, even if you have simply been accused and not convicted. Worse, many times domestic violence allegations are falsely made, solely so the other party has leverage in the family court proceeding. Getting an accomplished and experienced defense counsel by your side is the single best decision you can make.

If you’ve been accused of domestic violence, especially if you have children in your home, it’s vital that you get professional representation right away. Don’t assume that charges will not be pressed. Unfortunately, those you care deeply about can do things you’d never expect. It’s essential for you, and for your children, that you get an experienced Arizona domestic violence attorney to represent you.

If you’ve been charged with a domestic violence dispute, let us help. Contact our offices at (602) 833-1072 for more information today!