Is Domestic Violence a Felony? 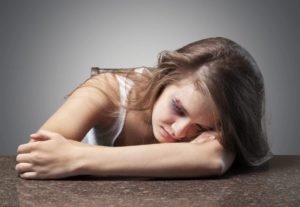 In cases involving strangulation or serious physical injury, the consequences of domestic violence can be serious for both parties. In 2010, aggregative assault by strangulation became a Class 4 felony under Arizona Revised Statutes Title 13-1204.B. Due to the nature of strangulation, it’s easier to prosecute as opposed to the previous options of aggregative assault or kidnapping. Penalties for the perpetrator can become significant. Is domestic violence a felony in those cases? Many times it can be, depending on what’s involved.

When is Domestic Violence a Felony?

Domestic violence is an allegation, or enhancement, to a specific criminal act in Arizona. It’s often attached to assault, threatening, or intimidating. If a crime is determined to be related to domestic violence, the court is required to impose enhanced penalties in Phoenix.

Who Determines the Level of the Charge?

Even when the incident is simply an argument that got out of hand in Phoenix, there is a serious stigma for domestic violence at every level of law enforcement and reporting. An officer who responds to a domestic dispute has to use his or her best judgment when making arrests, and one person may be arrested even though the fight involved both parties.

For domestic violence to be added to a charge in Phoenix, a domestic relationship must exist between the two parties. This includes, but is not limited to:

Several types of offenses are commonly considered domestic violence in Arizona if a domestic relationship exists. They include:

The third or subsequent time you are found guilty of a domestic violence charge within 84 months, your conviction will be considered a felony conviction. Also, if the charge includes serious bodily injury or the use of a weapon, you may be charged with a Class 3 felony even without two prior convictions.

What if the Victim is Charged?

Sometimes you find yourself charged with domestic violence when you weren’t even involved in violence. Or worse, when you were actually the victim of the violence. False allegations generally have an ulterior motive, which can involve a spouse or former spouse trying to get revenge, a child custody dispute, and more.

When you’re facing a charge you feel is wrongful, focus on preserving the evidence. Take pictures, keep any emails and texts, and most of all, don’t violate the release conditions or any protective order that might be in place.

The biggest mistake you can make in any domestic violence charge is not seeking experienced domestic violence attorney to help you fight the charge. Due to the high-profile nature of domestic violence, prosecutors are very aggressive in these types of cases, and it can seem that you are “guilty until proven innocent”. By having an experienced criminal lawyer on your side, you can protect your rights and get your life back much more quickly.

If you or a loved one is facing a domestic violence charge, give the Law Office of Howard A. Snader a call today. There’s nothing I won’t do to defend you when you need it most.