Domestic Violence: Always In The News… 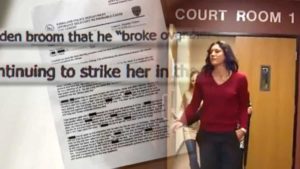 Domestic Violence is a crime that can cross any demographic. And although we normally think of domestic violence as something that might happen to your friends or your family, it even happens to celebrities.

Domestic Violence Not Limited to Men

All of the noted celebrities were prosecuted. Some were convicted. Others went through a form of diversion. Others have been dogged with probation related issues for years. Others have had to deal with the collateral consequences such as divorces and child custody.

In writing this article, I just want to remind you that I am an expert in criminal defense. I have represented celebrities, but my average client is just that: average. Some have been wrongfully accused. Others, correctly charged and are just trying to beat the charge or resolve it by a form of plea agreement.

The one best thing to remember: if you have been charged or even being investigated for a crime of domestic violence, consulting or retaining experienced counsel can make a world of difference in the outcome. In the past few years, I have represented two female victims. When officers arrive at a DV crime scene and have proof of injury as a result of a DV crime, they are required to arrest the party they believe was the aggressor. They were accused, arrested, and prosecuted. In the first case, my client broke her husband’s nose. And, despite her claim of self-defense, she was arrested because he had the obvious injury.

Fortunately, her family retained me the night of the incident. I was able to meet her at the jail, secure her release with no bond, and get her to a doctor to document the injuries that began to appear while she was in custody. Those injuries included the concussion from when her husband threw her head-first into a wall (officers noted the hole in the wall, but said it was “old damage”), and significant bruising that was not visible at the time of arrest but started to appear a couple of hours later. Most significantly, my client had a boot print bruise in the middle of her back. That boot print was consistent with her story of being stomped on and then trying to crawl away when kicking at her husband’s face. This case would have been defendable at trial, but I was able to convince the prosecutor that the police arrested the wrong party. The prosecutor agreed and dismissed charges.

Similarly, about 2 months after that case, I had another female victim. In that case, she was in the middle of a custody dispute when the ex-husband called the police and made claims of being victimized. As before, bringing me in early in the case allowed for us to show police that the ex-husband had substantial motivation to lie, the injuries were not consistent with his claims, AND, we could establish an alibi. Police confirmed our information and did not charge my client.

I am currently defending a young man accused of strangling his girlfriend. She claimed she was choked, a chunk of her hair was found on the floor. She had red marks on her throat. A neighbor woke to the sound of a struggle.

What is interesting is the redness on the throat had no finger definition: it was just redness, not proof of being choked. More interesting as we are doing the investigation, my client has zero history. She has multiple arrests for DV and has one conviction. It gets better… we have spoken to other prior boyfriends and learned that she made similar claims against them. Those claims included the choking and other parts of the assault.

Despite this information, the prosecutor will not dismiss the charges, and the case is trial bound. But because of the information we have discovered, our client has a fighting chance to avoid a felony conviction (strangulation/impairing breathing is a felony). Any felony conviction would cost my client his job and professional accreditation. He can’t afford to lose.

If you or your friend are being accused or prosecuted for any DV crime. Please remember to not speak to officers. You can’t talk your way out of an arrest. Engage counsel as soon as possible. Do not violate your release conditions. Preserve any social media that the victim puts on the web. Do not engage in any conversation, but print out any Facebook, emails, etc… that will hopefully support the defense.

Howard Snader is a Board Certified Criminal Law Specialist. If you or anyone you know has been accused of any felony or misdemeanor, please call him at 602.957.3300, email him at [email protected] or visit his website at https://www.snaderlawgroup.com.

When one is arrested, the court will impose release conditions before letting them out of jail. If the court orders the payment of a bond,

If Amber Heard Was a Cop

Facing Criminal Charges: What You Should and Shouldn’t Do

Facing Criminal Charges Do’s and Dont’s in Phoenix, AZ  Being charged with a crime can be an overwhelming and stressful experience. In many cases, you