Difference Between DUI and Aggravated DUI in Arizona

State law and federal law prohibits the act of drinking and driving and driving while intoxicated. The dangers of these acts have been recognized and have led to the creation of DUI laws and drunk driving laws. These laws discourage drivers from drunk driving and reckless driving by imposing penalties including license suspension and imprisonment.

If you are facing criminal charges for suspected DUI, you must contact a Phoenix, Arizona criminal defense lawyer right away. A criminal defense attorney will be able to analyze your DUI violations and build the best defense for you to reduce your sentencing or have it dismissed entirely.

Driving Under the Influence (DUI) 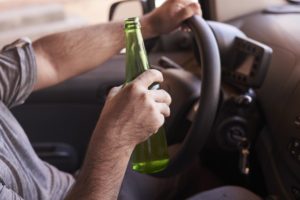 Arizona state law says that a motorist is guilty of driving under the influence if he is operating a motor vehicle despite:

This means that even if you are not impaired but your blood alcohol content is higher than 0.08%, you will still be guilty of a DUI, and the inverse- if your BAC level is lower than 0.08% but you are impaired, you still get charged with a DUI.

The punishment for DUIs varies on the severity of the DUI, which means that the punishment depends on the BAC of the defendant. Generally, though, the punishment involves fines, jail time, and the use of an ignition interlock device (IID) which is a breathalyzer hooked onto a person’s car that prevents ignition without a clean breath sample.

Aggravated DUI is a DUI, but with aggravating factors on top of the DUI. This includes any of the following:

As stated above, being convicted of a DUI will result in fines, jail time, and IIDs. For aggravated DUIs however, you receive the same punishments as well as any of the following on top of the DUI punishments:

If you have been charged with DUI, talk to a DUI defense attorney at Snader Law Group, LLC, right away. We are a Phoenix, Arizona criminal defense law firm composed of DUI defense lawyers knowledgeable of the Arizona DUI law and drunk driving laws. Let us help you protect your criminal record and driving record today.