Defending Yourself from Aggravated DUI Charges in Arizona

There are a lot of vehicular-related criminal cases one might eventually have to deal with. This includes speeding, texting while driving, driving while intoxicated or drunk-driving, and even hit and run. Traffic violations could lead to license suspension or revocation. Such may also affect your driving record. If you violated driving laws, you might have to face penalties that could include fines, jail time, or probation.

Driving under the influence of any drug substance is a serious criminal offense in Arizona. State law and related punishment for criminal charges involving DUI are quite severe. DUI charges that fall under misdemeanors may be aggravated and turn into a felony DUI, depending on the circumstance and bodily harm that was caused by the negligence or reckless driving of the offender. Aside from causing bodily injury to another party, aggravating factors may include child endangerment and other similar scenarios stated in DUI law.

If you have been involved in any of these, contact a reliable defense lawyer right away for you to defend your legal rights and avoid a criminal conviction. There are possible DUI defense strategies that may be used. Hiring a criminal lawyer that is knowledgeable in handling DUI arrest is important to avoid fines and penalties that you could be facing because of false allegations. These defense strategies are: 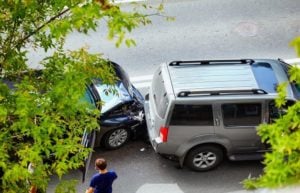 If the evidence has been collected unlawfully, the accused perpetrator may file a motion to suppress the evidence. The prosecutor would be prohibited from using these pieces of evidence if the motion has been granted. If the prosecution is not able to provide evidence during the court trial, then dismissal of your criminal case can be obtained.

You may file a motion to suppress to dispute the legitimacy (or even the duration) of a traffic stop or to argue that there is a lack of probable cause for arrest due to suspicion of impaired driving. This may also challenge the reliability of methods used in chemical testing, which may include the urine test, breath test, or blood test.

In Arizona, if a defendant’s motion is denied or in the absence of a viable motion to suppress, such criminal cases could still be fought in court if there is no viable motion for the court to dismiss a defendant’s motion. Note that the prosecutor must prove that the defendant was the one who was operating the vehicle and was under the influence of alcohol or controlled substances.

Under DUI laws, a driver may be in actual physical control of the car even if the vehicle is not in motion. When determining this aspect, the court weighs several variables: the position of the driver inside the vehicle, the location of the car keys, and whether the vehicle is running.  In some DUI cases where an accident was involved, the defendant could have left the vehicle before the arrival of the police. it can be difficult to recognize who was driving at the time of the crash.

In cases involving alcohol use, blood alcohol content is being measured to establish the intoxication. A driver may be accused of DUI, in certain circumstances, even though their blood alcohol level is lower than the legal limit. This is considered to be DUI of slightest impairment. When the prosecutor moves under an investigation of the slightest impairment, a mere blood test would not be sufficient to support the case and lead to a conviction. The state must first establish that the BAC level substantially affected the driver.

If you have been charged with DUI, do not plead guilty. Protect your legal rights. Seek legal help from an experienced criminal defense lawyer. Contact us at the The Law Office of Howard A. Snader, LLC for a free consultation.