Traffic violations such as speeding, texting while driving, drowsy driving, and driving under the influence are examples of vehicular-related criminal cases. Traffic violations that involve a misdemeanor or felony may lead to suspension or revocation of a driver’s license and even jail time. Driving under the influence of any drug substance is a very serious criminal offense in Arizona.

When a driver is arrested on suspicion of driving under the influence, it is the district attorney’s job to file the criminal charges against the suspect. How proceedings of a drunk-driving related offense will go depends on a variety of factors. Among these are previous criminal convictions of the accused, the severity of the bodily injuries suffered by the victims, and whether a death was caused by the criminal violation. Besides, causing bodily harm to a certain group of people, child endangerment, and other similar situations specified in DUI law could be aggravating factors.

Like in every criminal case, unless proven guilty, an individual who is accused of DUI (or DWI) is presumed innocent. The penalty would rely on state law and any aggravating factors if guilt is proven. In Arizona, the majority of DUI (or DWI) criminal charges are considered misdemeanor crimes. The maximum punishment for this criminal conviction would be up to 6 months of jail time. Keep in mind, however, that driving under the influence is a serious offense that may be aggravated by different factors.

In certain criminal cases, the DUI arrest can be prosecuted as a felony charge. A felony conviction is known as an aggravated DUI. It is classified as a major offense and, therefore, carries more serious punishments.  If you were involved in a DUI arrest, call your DUI lawyer right away. It is important to seek legal help with an experienced DUI defense attorney who will fight for you. 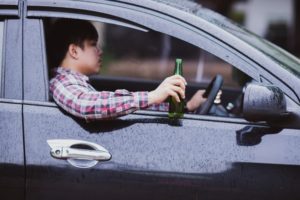 If you have been arrested for DUI, you can be charged with a felony under the following conditions:

If you have been charged with any of the above offenses, call your DUI attorney immediately. This will ensure that you can protect your rights and that you can expect the best possible outcome. A defense lawyer with extensive experience can help you with your criminal case. There are possible defenses that can be used to reduce or even dismiss the charges.

When you are accused of a repeat offense for DUI, there is a lot at risk involved. In certain cases, it makes more logical sense to go to court. Keep in mind, however, that it can also be very risky to argue your case in a jury trial. A criminal conviction could carry stronger punishment than you could obtain in a plea deal. As such, it is very important to hire a criminal lawyer who is a specialist in handling DUI arrest. This is key if you want to avoid fines and penalties that you might be dealing with due to false allegations.

There are potential defense strategies for DUI charges that could be used. Experienced defense attorneys will study your criminal case and thoroughly examine all ways to contest the DUI. This includes:

Felony charges have higher fines and penalties. This includes four months or more of imprisonment. On top of additional incarceration, the penalties for felony DUI include:

In Arizona, the punishments for an aggravated DUI are very serious, to an extent that you might think that there is no way for you to have your case dismissed. To have a good defense, you should fight for your rights and get a credible DUI defense attorney.

You must hire a criminal defense attorney that is knowledgeable on the twists and turns of DUI law. Protect your legal rights. Contact us at the Snader Law Group for a free consultation. Call (602) 833-1651 today.