Arizona is considered to be tough when dealing with any criminal offense. Harsh repercussions arise from these crimes, which include an aggravated DUI. Dealing with DUI is a terrifying experience for everyone. Facing a misdemeanor or felony can involve license suspension or revocation, jail time, and a criminal record which may affect your future.

Arizona considers DUI cases as highly serious issues. The punishments may be grave for driving under the influence or drunk driving. Certain DUI charges become aggravated when an offender causes bodily injury to another individual. It is strictly prohibited and dangerous to drink and drive. It may cause harm to yourself and others and may lead to property damage.

In addition to this, a driver may face serious responsibility in the context of a personal injury claim. You must consult with an experienced defense lawyer who will fight for you. Defense lawyers will help reduce the penalties for violations or may even have the DUI case dismissed. 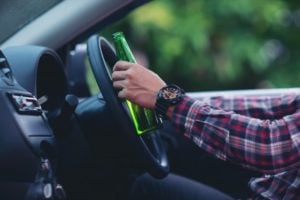 In addition to being convicted for DUI violation, if an individual found guilty of drunk driving caused very serious physical injuries to another motorist, that driver can also be charged with other related offenses (and face a different criminal conviction). A driver who causes a vehicular accident that led to injuries, for instance, may also be charged with driving while intoxicated and assault. This criminal offense is known as DUI-aggravated assault or vehicular aggravated assault.

Specifics of aggravated assault charges depend on the circumstance and severity of the criminal cases. Aggravating factors that are related to a vehicular assault include:

Driving while intoxicated (where a significant amount of alcohol is involved) is often considered reckless driving. Such is one of the elements of a simple assault charge. A DUI criminal case could lead to an aggravated assault charge because of the injuries sustained by the accident victims. In Arizona, a vehicle is considered a dangerous weapon or lethal instrument, which is why the case is raised and a drunk driver can get a conviction for an aggravated offense instead.

What are the punishments for a DUI aggravated assault charge?

A vehicular aggravated assault generally falls under a felony DUI. The fines for charges of aggravated assault are on top of fines and penalties for a DUI conviction that the driver would face. If you have been charged with a DUI aggravated assault, you will have to pay a costly fine of 150,000 dollars and you may be sentenced with a presumptive jail time of 7.5 years. The minimum imprisonment for this offense is five years, with a maximum jail time of 15 years.

If the accident victims are minors or a part of a law enforcement agency, the criminal offense will lead to a Class 2 felony conviction. In terms of penalties, presumptive imprisonment rises to 10.5 years, and minimum and maximum imprisonment rises to 7 and 21 years, respectively. Like other aggravating factors, a previous criminal record could further raise the mandatory punishment for aggravated assault with a dangerous weapon.

Consult a criminal defense lawyer for potential defense strategies. Criminal cases may involve more than one possible defense. To decide whether your legal rights have been violated, a DUI attorney shall investigate the circumstances of the accident and any related detention. Any of the following can be a potential DUI defense:

Aggravated DUIs come with increased penalties. This could probably mean years of imprisonment, suspension of one’s driver’s license, or a felony conviction. Note, however, that an arrest for vehicular aggravated assault does not automatically translate to a criminal conviction. A reliable DUI defense attorney will help you work on a good defense plan, which will give you the opportunity to drop the criminal charges against you.

When it is not possible for the conviction to be avoided or the case to be dismissed, your DUI lawyer will also help you seek a reasonable punishment based on the evidence and circumstances of your DUI case.

Hiring an experienced criminal defense attorney who will assist you throughout the process is important to fight for your legal rights. Contact us at Snader Law Group for a consultation. Call (602) 833-1651 now.