The Kind of Alias that Sticks with You

When police in Largo, Florida, arrested Jeffrey Forrest Poole on charges of violently resisting a police officer, the authorities made sure to list things like his age, weight and address in his arrest report.

Officers also included an alias that Poole has allegedly used in the past ― and it’s pretty awesome, as well as NSFW.

But more on that later.

Police were called to the 37-year-old suspect’s home on a reported domestic disturbance early Sunday morning.

When the officer arrived, according to the criminal complaint, Poole exited his home and said, “I will beat every cop’s ass!”

Then Poole “raised his right fist and began to extend it towards my face in an attempt to strike me,” the arresting officer wrote, according to The Smoking Gun.

Since Poole was arrested and taken to the Pinellas County Jail, it is highly unlikely he made good on his ass-kicking promise.

What makes this case interesting beyond Pinellas County is one tiny detail: The criminal alias Poole has previously used, one “Dickface Johnson.”

That name showed up because Poole was either asked if he had any alias or a record on file under that name, according to Brobible.com. 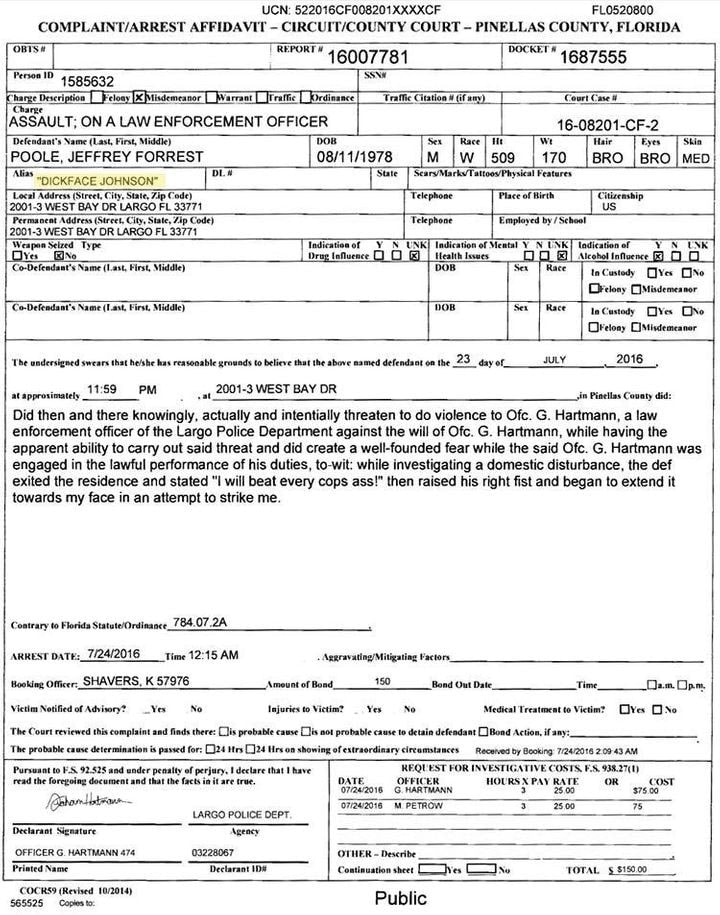