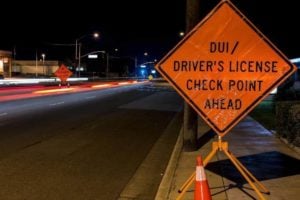 Whether the subject of urban legend, television, or social media, several misconceptions about Arizona DUI cases and their prosecution exist. In this brief article, I hope to present just a few of the most common myths concerning Arizona DUIs.

MYTH #1: I CAN ONLY BE PROSECUTED FOR A DUI IF CAUGHT IN THE ACT

Actually, you may be prosecuted for an Arizona DUI if your ability to drive or control a vehicle is impaired to the slightest degree or your blood alcohol concentration (BAC) exceeds 0.08 within 2 HOURS of driving. In the old days, prosecutors were required to prove your BAC at the time of driving. That hasn’t been the case for more than a decade.

MYTH #2: IF YOU ARE DRUNK AND DRIVE CAREFULLY, YOU WON’T GET CAUGHT!

Police Departments receive grant monies to enforce Arizona DUIs. Police Officers are looking for any legal basis to make a traffic stop. Once they smell the odor of an intoxicating beverage, things can go downhill quickly. Also, please note there is no such thing as drunk, only “impaired to the slightest degree”. As for not getting caught, why take any chance? Please call a cab or a friend.

Arizona has multiple types of Arizona DUI charges. Only one involves your BAC exceeding 0.08. If any combination of drugs (legal or illegal) and alcohol impairs your ability to the slightest degree, you may be prosecuted for one type of DUI. If you have drugs in your system, you may be prosecuted for a different type of DUI. If you are over 0.08, then and only then can you be prosecuted for that type of Arizona DUI. Being under the legal limit may allow for a strong defense. But by itself, won’t stop a case from being charged.

MYTH #4: I ONLY HAD TWO DRINKS

This is a myth because everyone metabolizes alcohol differently. The size of the drink, the type of drink, the person’s size and what he has eaten will all effect BAC. There is no steadfast rule that two drinks is safe or unsafe. The only way to avoid an Arizona DUI is to NOT drink and drive.

MYTH #5: YOU MUST SUBMIT TO FIELD SOBRIETY TESTS

No, you don’t. The field sobriety tests are different from the breath or blood tests. You are under no requirement to submit to the field tests such as walk and turn, one leg stand, or the HGN test. At most, the jury will be advised you did not take the tests. But at least you won’t have the officer testifying the tests prove impairment (which they don’t!) BUT this myth is not about submitting to the breath or blood tests. In most states, you are required to provide a BAC sample. And, the failure to do so will result in a license suspension. So, say no to the field tests. But, in most first offense Arizona DUI cases, you will need to submit to the BAC test to avoid MVD sanctions.

Scientists at Clemson University showed police officers videotapes of individuals taking six common field sobriety tests. The officers had to decide whether the suspects were too intoxicated to drive legally. Unknown to the officers, none of the suspects had a BAC above .000. They had zero alcohol in their blood. Amazingly, in the professional opinion of the officers, 46% of the completely sober individuals were too drunk to drive! Therefore, use of field sobriety tests led to judgments by law enforcement officers that were about as accurate as flipping a coin.

Simply stated, it doesn’t work! And, I would think most officers would just ask what you think you are doing. Copper in your mouth will not affect your BAC.

I have successfully defended thousands of Arizona DUI cases. I have created and used several creative defenses that have been successful. Don’t enter the fight on your own.

Howard Snader is a Board Certified Criminal Law Specialist. If you or anyone you know has been accused of any crime, please give call him at 602.957.3300.