Arizona has very strict DUI and breathalyzer laws. If you are lawfully arrested because of a suspected DUI, you typically must participate in a breathalyzer or blood test. And, if you refuse to test, you may face penalties. Before you take the wheel, it’s important to understand your rights and obligations under Arizona law.

What Are Arizona’s Blood-Alcohol Limits? 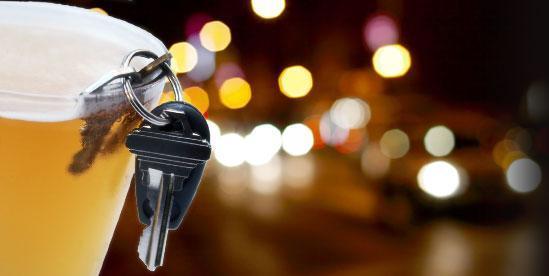 The state’s blood-alcohol standard BAC is 0.08 percent. However, Arizona DUI law includes additional limits, depending on your age and level of intoxication. They include:

If a valid BAC test reports these levels, no additional evidence is needed to prove intoxication. (For extreme and super extreme DUI’s, the criminal penalties increase significantly.)

Under Arizona’s implied consent law, when you drive a car, you are agreeing to a breathalyzer or blood test if you are legally arrested for a suspected DUI. You do not have to verbally consent to this test — your consent is implied.

Notably, implied consent laws do not apply to breathalyzer tests administered before you are arrested. You can politely decline a chemical test that is requested before an arrest. However, after an arrest, there are significant penalties if you refuse a BAC test.

Can I Refuse a Breathalyzer Test in Arizona?

While you can refuse a breathalyzer or other chemical test, it’s important to weigh the risks and benefits of a refused BAC test. If you refuse a breathalyzer or blood test, the officer can confiscate your driver’s license. You will receive a driving permit that is valid for 15 days. The officer will also file a report with the state, suspending your license for at least 12 months (or more if you are a repeat offender). And, you still may be convicted of a DUI without blood-alcohol testing. The prosecutor may argue that you refused the BAC testing because you knew you were intoxicated.

A DUI conviction in Arizona involves significant penalties, including:

If you are charged with a DUI, it’s in your best interest to immediately contact an experienced criminal defense lawyer.

If the prosecutor fails to prove one of these elements, the judge will not convict you. An experienced Arizona DUI lawyer can evaluate the validity of the breathalyzer or blood test and present other defenses that may help you avoid jail time and fines. You also may be eligible for deferred prosecution under certain circumstances.

If your breathalyzer test reported blood-alcohol limits exceeding Arizona’s legal limits, don’t panic. However, you should immediately contact a skilled Arizona DUI defense lawyer. At the Law Office of Howard A. Snader, we vigorously protect our clients’ rights as well as provide personalized defenses on their behalf. Contact us today for a confidential case review.