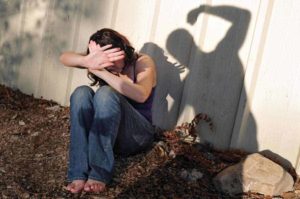 If you’re facing an aggravated assault charge in Arizona, prepare yourself for a tough road ahead. In Arizona, aggravated assault is always a felony resulting in prison sentencing and fines upwards of $150,000 plus an 83% surcharge. Additionally, you’ll face challenges financially, professionally, and personally for many, many years.

What is Aggravated Assault?

Assault is defined as “the crime of attempting or threatening to do serious bodily harm to another person, or to cause that person to fear bodily harm.” Aggravated assault is assessed by the severity of the crime and is determined by examining the totality of circumstances surrounding the assault. Circumstances may include use of a weapon, serious injury, or disfigurement. You may even be charged with aggravated assault if you threaten someone with a gun or another weapon.

Consequences of an aggravated assault charge can yield longstanding impact on one’s personal and professional lives. In many cases, the consequences have a drastic effect on earning potential, employment opportunities, and family dynamic. Some of the most severe consequences include:

In the state of Arizona, all felony assault charges carry prison sentencing if convicted in Arizona. The length of the sentence is determined by the nature of the crime. Extended prison time means losing exposure to family, friends, and loved ones, making it hard to maintain bonds and relationships.

Aggravated assault charges often include fines of up to $150,000. You may also be ordered to pay restitution or monetary amends to the victim in an amount determined by the court. These staggering fees often take years to pay off, making it challenging to meet other necessary financial obligations.

A felony assault charge results in having a permanent criminal record, an automatic disqualifier when pursuing employment. A criminal record permanently limits the economic opportunities and earning potential that individual has once a conviction is made.

In addition to the above consequences, convicted felons cannot vote, serve on a jury, or own a firearm.

Aggravated assault is not taken lightly in Arizona. If you face aggravated felony assault charges, it is prudent that you contact our law offices today at (602) 899-3720 to discuss how I can best help you protect your rights.

When one is arrested, the court will impose release conditions before letting them out of jail. If the court orders the payment of a bond,

If Amber Heard Was a Cop

Facing Criminal Charges: What You Should and Shouldn’t Do

Facing Criminal Charges Do’s and Dont’s in Phoenix, AZ  Being charged with a crime can be an overwhelming and stressful experience. In many cases, you